The popular specialized multimedia operating system Kodi recently has been updated to version 19. And this update brought an unexpected problem: suddenly the folders shared via the SMB protocol “disappeared”. That is, they did not disappear from the computer, but Kodi stopped seeing them, displaying the message “Kodi Error 2: Share not available”.

It seems that the error is, so to speak, “floating” in nature, since the same methods of solving the problem, appearing on various specialized forums, fix the problem on some computers, but do not work on others with a similar configuration.

Most likely, in the next Kodi update, this error will be fixed. By the way, one of the solutions lying on the surface can be considered a rollback to the previous version – 18.9 or installing a beta version – kodi-20210222-bce6a726-master-armeabi-v7a, however, according to users’ reports, this advice is also far from universal. It helps someone but doesn’t work for others.

Therefore, while waiting for a stable working update to be released, we have collected in this article several recommendations that give more or less guaranteed results.

So, if the advice to go back to the previous version of Kodi or to the beta update did not help, try going to “Settings – Services – SMB Client” and set the minimal version – 1 (the maximum version is indicated by the number 3).

After that, go to the source settings and once again create the path to the device where the shared folders are stored.

Check what exactly is installed on your computer with Kodi – SMB server or client. The fact is that the client does not allow creating shared folders, and since, according to the previous recommendation, you need to type the path to shared resources in the Settings, you will not be able to do this without an SMB server.

Let’s go through the entire path of installing Samba on XBMC Live together from the beginning: sudo aptitude install samba samba-common. Users who have benefited from this tip report that a partial installation, as opposed to a full one listed here, does not help.

Please note: initially, as they say, “out of the box”, the SMB client is installed in Kodi. That is, by checking the configuration, you can see the SMB section and start configuring it. However, I will repeat once again: you do not need a client, but a server. Install it as mentioned in the previous paragraph.

Once more for non-geeks: you, of course, know that Kodi is a highly specialized Linux distribution, so the installation of programs and tools in it is carried out through the terminal. Here is the command to install the Samba server: sudo apt-get install samba

For Samba to work correctly, you do not have enough access rights to Kodi (remember, at the very beginning of working with this operating system, you were asked to enter a password?), You also need access rights directly to the server.

Of course, this way of solving the problem can cause a stupor for the less advanced user, as is most often the case with Windows users who are suddenly confronted with the Linux architecture. However, according to those who encountered the “Kodi Error 2: Share not available” message, it is a complete reinstallation of the server that helps to deal with this problem.

However, it is quite possible that such complex manipulations will not be needed. It may turn out that you have already configured the server before and its settings have been preserved, except that some adjustments are needed to correct the settings that crashed when Kodi was updated. Let’s check it out.

Of course, it would be just great if this article turned out to be a panacea and helped everyone who reads it to quickly and effectively solve the problem with the “Kodi Error 2: Share not available” error. But, alas, such failures are most often of a systemic nature (that is, they contain a defect at the level of the program code), and/or appear depending on a particular configuration, which greatly complicates the search of a single solution. However, since the Kodi operating system as a whole is so popular precisely because of the relative simplicity in settings and high reliability, there is every reason to believe that the next official update will completely solve the problem, saving us from all the above dances with a tambourine. And maybe having to wait for the magic patch just gives us an unplanned timeout for a little digital detox? Why not use the free time that has fallen on us so unexpectedly for communication with loved ones or reading books? Maybe we will like it? At the very least, it’s worth trying. 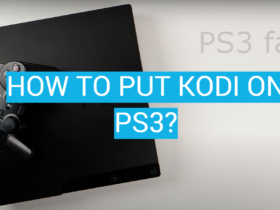 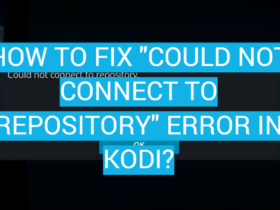 How to Fix “Could Not Connect to Repository” Error in Kodi?

How to Uninstall Kodi on Windows 10? 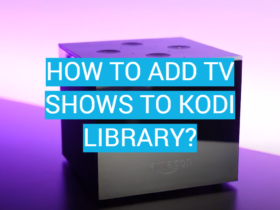 How to Add TV Shows to Kodi Library?